What Are the Temporal Lobes?

Temporal lobe epilepsy occurs in the temporal lobe regions of the brain. These two areas are located directly behind the temples. Their primary function is to aid in hearing and comprehending language and speech. There are two parts to the lobe, the outer, or neocortical region, and the inner part of the lobe, or medial. Where the seizure occurs in the lobe determines the type of seizure. Most temporal lobe seizures are medial seizures, which stems from the hippocampus in the temporal lobe. The hippocampus controls short- and long-term memory as well as mood regulation.

Who Gets Temporal Lobe Epilepsy?

Most people who suffer from temporal lobe epilepsy have either had a febrile seizure as a child, which is a prolonged seizure brought on by a high fever, or they have had any injury that caused damaged to one or both lobes, resulting in brain damage.

What Are the Symptoms of Temporal Lobe Seizures?

Temporal lobe epileptic seizures can vary greatly from person to person and even episode to episode. The seizures may be so mild they are barely acknowledged, or they may be quite intense.

The seizure is usually precipitated or accompanied by a wide range of symptoms, commonly referred to as an "aura" or "warning." Common symptoms include strange sensations, odd smells or tastes, and auditory hallucinations like hearing music, voices, or repetitive sounds. Also common is a sensation of familiar people, places, or things seeming foreign. Sometimes old memories suddenly surface or the epileptic thoughts and feelings don't seem to be their own. Many times, a profound sense of déjà vu accompanies the seizure. It's very difficult for sufferers to adequately explain all of the varied symptoms to others, which can be frustrating.

The combination of these symptoms can be quite alarming, and as such, can trigger panic and fear. Occasionally, they may be akin to pleasurable. Rarely, the temporal lobe seizure may progress to a grand mal seizure. The ability to speak is frequently suspended or only gibberish may come out. There may also be a loss of complete awareness and they may just stare or smack their lips. These episodes can last just a few seconds, or they may last for up to two minutes. Speech and memory difficulties as well as sleepiness are common after each episode.

How Are Temporal Lobe Seizures Treated?

A neurologist should be consulted. An MRI is usually performed so brain can be clearly examined for damaged areas, or in rare cases, the presence of a tumor. If it is determined the patient is indeed experiencing temporal lobe seizures, medication, surgery, and other alternative methods, such as electrical stimulation, are explored. You can contact a specialist to learn more about neurological services and treatment. 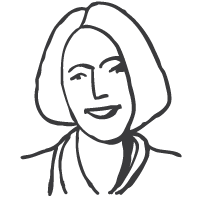 When I was expecting my first child, I didn't know what to do or how to prepare for my baby. My spouse and I recently moved from another state and didn't have family to rely on in our new location. The stress I experienced took a toll on my health and pregnancy. After finding an obstetrician, I scheduled an appointment. My new doctor soothed my fears and provided me with pamphlets and other valuable tools to help me learn more about my pregnancy. I learned how to eat healthy, exercise, and maintain good health during my pregnancy. Now, I'm here to share what I've learned with you. My blog allows you to choose topics and tips that pertain to your needs. Be sure to take your time when you read the blog. Hopefully, you'll find everything you need fast. Good luck and thanks for taking time to visit.